What is the climate of the Sword Coast like?

What real world climate region would it fit into best?

The more relevant the answer to the 5e FR, the better. If there’s no 5e information available, good guesstimates based on earlier editions and 5e events that may affect the weather are also OK. (Thanks for the heads up in the comments, @Miniman.)

The demiplane spell creates a door that leads to another plane of existence:

You create a shadowy door on a flat solid surface that you can see within range. The door is large enough to allow Medium creatures to pass through unhindered. When opened, the door leads to a demiplane that appears to be an empty room 30 feet in each dimension, made of wood or stone. […]

It seems that this room is the entirety of this plane. There is nothing beyond the ceiling, floor, or walls. In a sense, the ceiling is the limit of the “sky,” although if it has weather is questionable.

Given all this, is the space inside a demiplane considered “outdoors” for the purposes of the control weather spell? Control weather requires that:

[…] You must be outdoors to cast this spell. Moving to a place where you don’t have a clear path to the sky ends the spell early.

Say, for example, that a person is standing in an Antimagic Field when a disgruntled Druid decides to create a 5 mile radius freezing hailstorm via Control Weather.

Would that person be subject to the effects of the hailstorm? More specifically:

If a spell has an effect radius of miles, like Control Weather, or Mirage Arcane, is there anything stopping a level 5 mage, hiding somewhere within the area, from dispelling the terrible storm cast by the archmage? It feels like these massive spells are extremely vulnerable since, at most, they’d need to beat a 19 on an ability check. Surely it’d make for a very anticlimactic fight if the mega-storm conjured by the BBEG was dispelled by a couple of apprentice mages.

Does a Control Weather type effect and Gust of Wind type effect stack or not for purposes of total wind speed, and why?

One or more of these effects may arise from items or effects of psionic and/or magic nature, as well as possibly Supernatural abilities.

There are multiple player races that can fly, including the Aarakocra (comes with a 50′ fly speed).

Are there any official rules on how the flight of these races is affected by difficult weather conditions, such as a storm or extreme winds?

Control Weather is useful spell for certain plot, story, and exploration purposes. It can solve problems for adventurers or whole communities. However, its utility in combat or even in exploration of the stereotypical dungeon or lair is fairly limited. Why is it an 8th level spell?

And is there a lower level analog that might provide similar but lesser results?

For context, I need a magic user that can control weather on behalf of his small village. Preferably a wizard, though that part is more flexible. But I don’t want this wizard to be of a level or have the power that would be implied by being able to cast an 8th level spell.

So, I am looking for spells or techniques that would let a much lower level magic user (in fact, the lower level the better) call forth or dismiss rain.

Since I’m the GM here, I could obviously homebrew something. Some quick googling suggests that at least one other GM thinks calling rain by itself should be a cantrip. But, I would prefer to hew as close to the rules as possible for a number of reasons, including the implications to the players of the power level of this magic user.

So, analogs to allow limited control of weather, even if it requires several more specialized spells instead of one general one.

I am also interested in why control weather wound up as an 8th level spell. This of course is mostly curiosity, though a thorough answer might help in designing the spells I need if I have to homebrew.

The game is 5e, though I would prefer an answer relying on officially published material from earlier editions over homebrew if that is what is available.

In the Shinobigami rulebook pg. 141 it says for the Bad Weather Battlefield:

All Combat Ninpo ranges increase by 1.

Clearly this would apply to standard attack ninpo like Close Combat etc., but it is not clear whether ohgi were also considered “Combat Ninpo” or if they were a special type of attack that would not get the range increase.

I’ll be in Pasikudah May 1-9 (in Trincomalee before that) and wanted to visit Ella and Nuwara Eliya from there, or between Trincomalee and Pasikudah. However, looking at weather forecasts from different sources shows rains or thunderstorms are likely just about every day.

What does that translate to in practice? Are those rains throughout the day, or for short periods? Are the hiking paths good or do they turn into mud?

If early May is already bad, is late April much better?

I can’t seem to fix this issue. Using the OpenWeather Gnome extension in ubuntu 19.04 the weather icons are broken with a exclamation mark on them. I’ve tried removing and re-adding the extension even moved to darksky. Nothing seems to fix them. I swear they used to work but I’m starting to question it. Any idea how to fix? 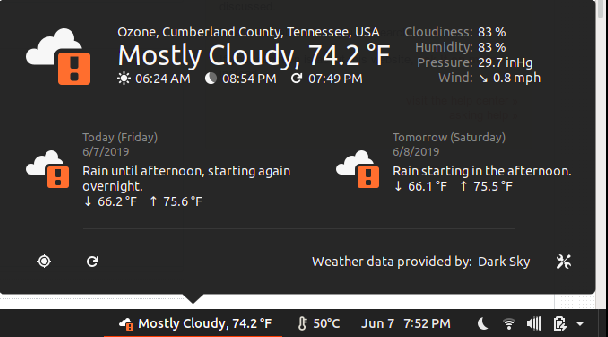