I seem to find only examples to use the raycaster with the camera, but none that just have a raycaster from Point A to Point B.

I have a working raycaster, it retrieves my Helpers, Lines etc. but it seems it does not recognize my sphere.

My first thought was my points are off, so i decided to create a line from my pointA to my pointB with a direction like so:

Next i add a raycaster: To avoid conflicts with any side effects i recreated my points here:

Seems pretty straight forward to me, i also tried to use raycaster.intersectObjects(scene.children) but it gives Lines, helpers etc. but not my sphere.

What am i doing wrong? I am surely missing something here.

IMG of the line and the sphere: 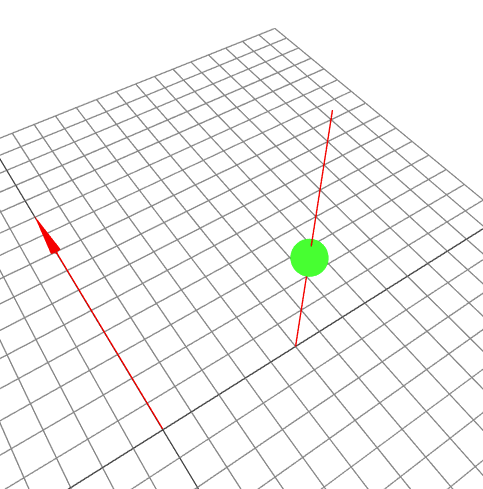