Was working without issue within Ubuntu 18.04 on a dual-boot machine.

Installed a tex ide via the command line:

which appeared to complete successfully. I subsequently clicked on the first gummi link in a response on this SE page, which lanched a new tab, appeared to be resolving, but never fully resolved after a minute or so. I closed it, launched a new tab and searched, never successfully getting to the page.

I wasn’t doing much otherwise, just watching a youtube vid on an adjacent screen and realized my memory was blocked up after getting errors to cd via the command line. I tried a df on my home directory to see what might be causing it and showed most dirs with normal memory allocations, but a huge swapfile, multiple gigs. I tried restarting to clear it, but haven’t been able to get back in.

I’d allocated 40GB for the Ubuntu partition, and don’t save anything substantial there barring a couple GB movie files in the last couple days, without issue, so I wouldn’t expect the recent install of texmaker would have changed things, even at 1GB+. Checking Windows disk manager shows 100% free, not sure whether that’s good or bad (partition 5): 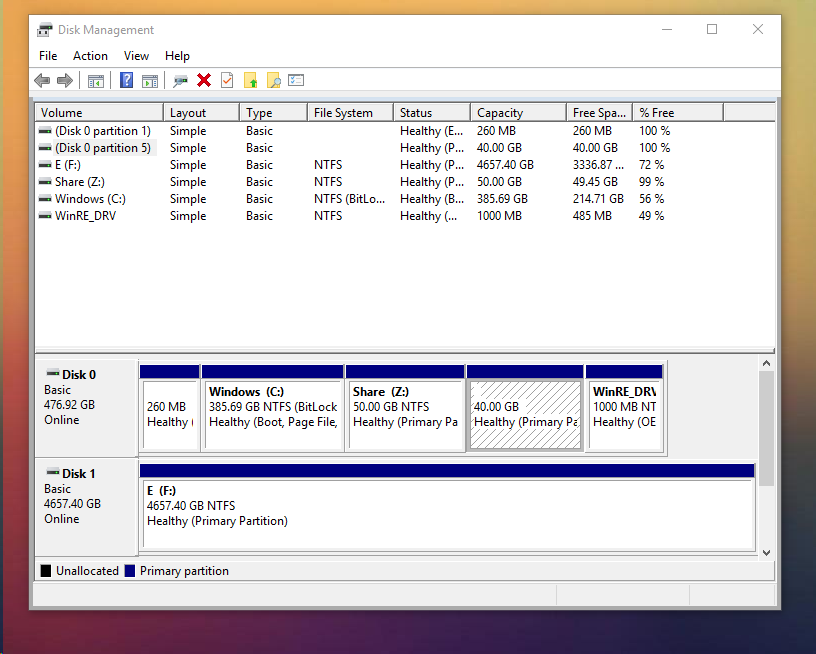 Any thoughts on how to diagnose and fix.

Edit (with additional boot detail): I’m able to boot, select Ubuntu from within the grub dialogue, and ultimately end up on a command-line looking screen with a version of:

after which it hangs.