I’m new to game development and to Unreal but I cannot for the life of me get my AI character pawn to move at all using any method I know.

I’m developing a 2d Sidescroller game using a Tilemap. I have made sure collision is set up with the map and tiles, the player character can interact with it all just fine, and I made sure to widen the collision thickness of the map so that the navmesh can properly appear (as seen with the green areas).

Nav Mesh loading. AI spawns in the air and falls down so I know he isn’t overlapping with the ground 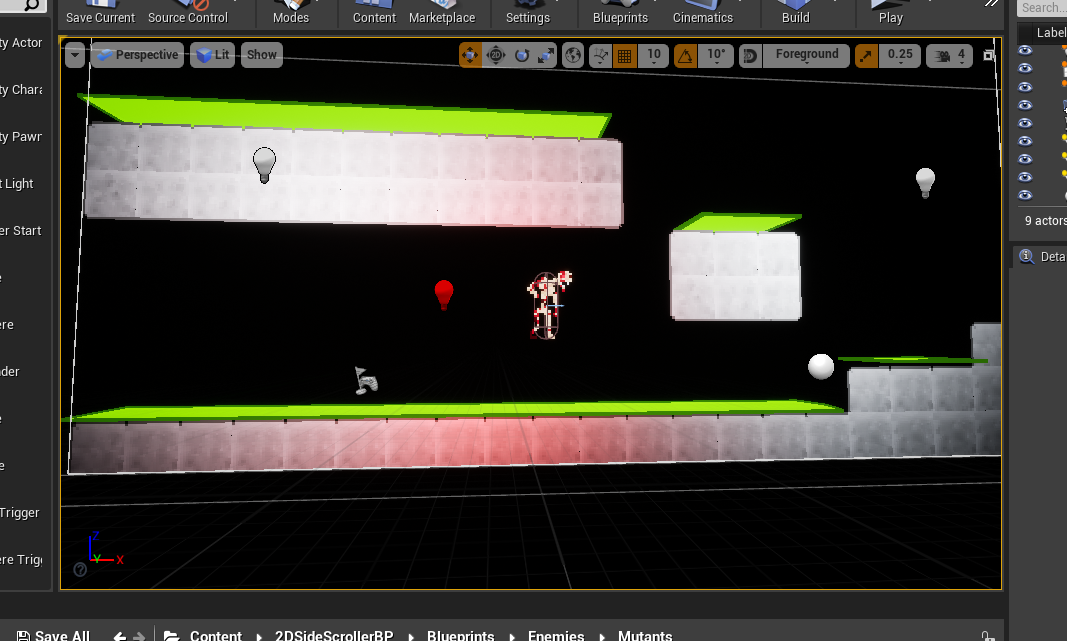 I’ve disabled and enabled collision for the static mesh cube component in the character pawn, but he still doesn’t move. The goal is to get him to follow the player when he sees him. The pawnsensing trigger works just fine, as I had it print whenever he sees him, and he even properly gets to the point of executing the "follow player" function (the print statement works).

I’ve deleted and replaced the NavMesh, and I’ve even tried completely skipping using AIMoveTo and just using Add Movement Input in both the AI Thinking Blueprint and Character Pawn Blueprint but neither make it move. I literally put an Add Movement Input function on the Pawn’s event tick but it never moves. 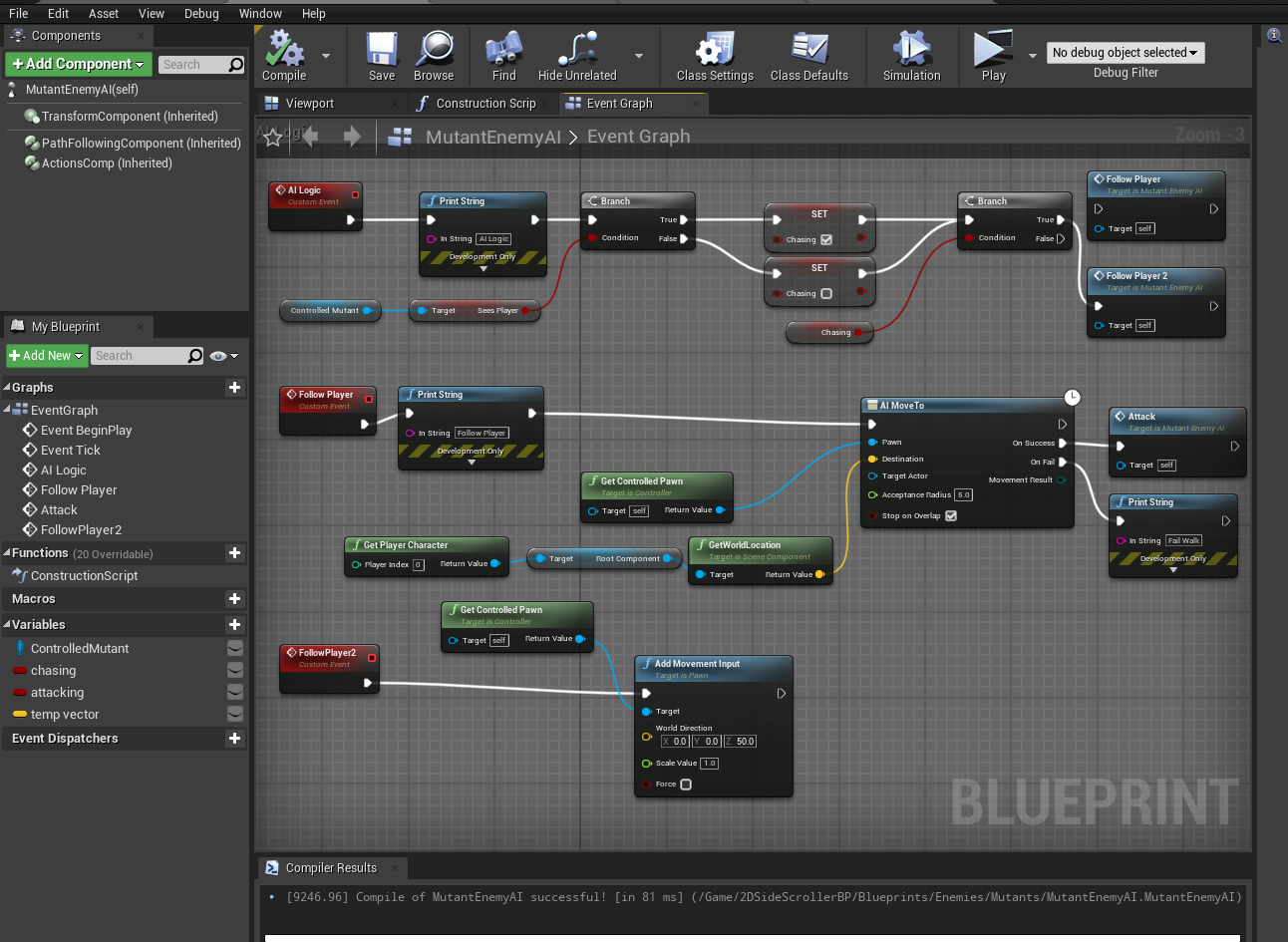 Character Pawn Tick (for debugging). Does not cause the Pawn to move 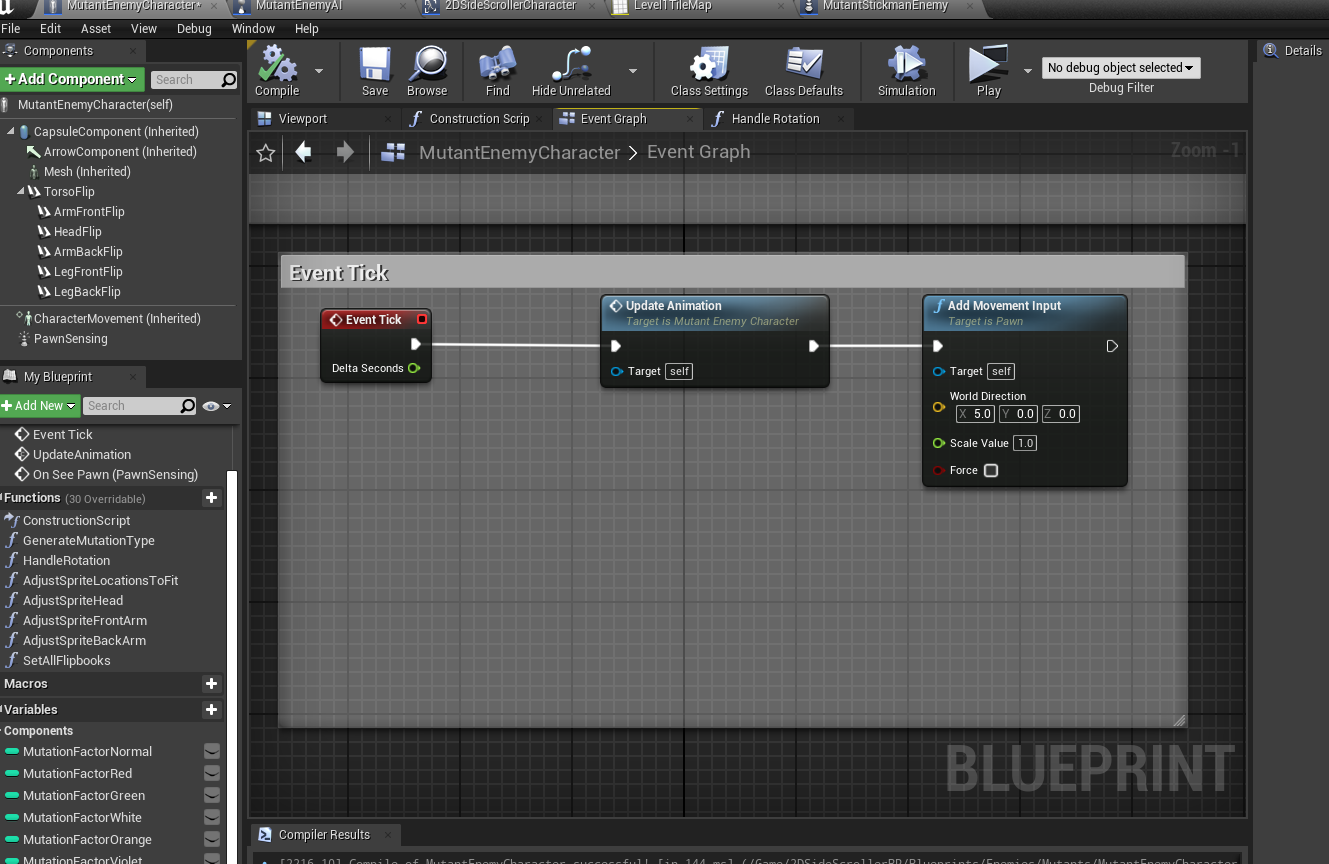