I have taken a course "Programming for Performance" in my college and in the first week of the course, I have come across vectorization and Asynchronous Parallelism. But I am unable to figure out what is the relation and difference between the 2 of them. In the slides, the professor has provided something like this–> 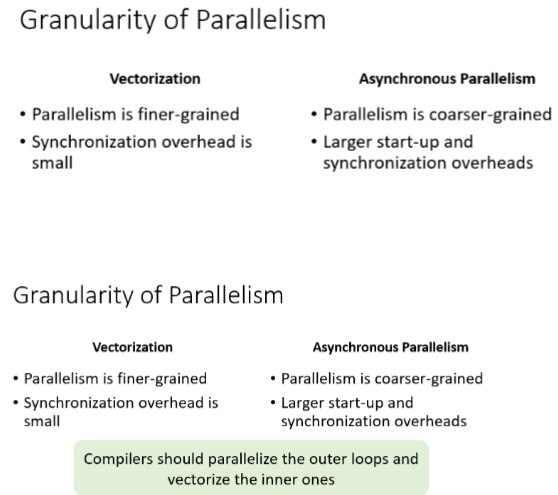 What does it actually mean that parallelism is finer-grained and course-grained?

Also here is another instance where he has tried to point out the difference, here we are given 2 code instance and tried to explain the concept, but I am not able to get that. 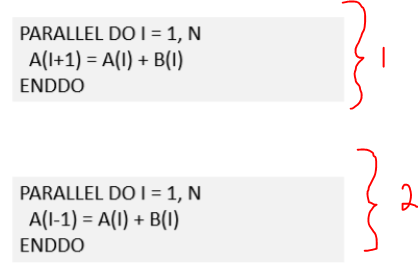 So in this case the A(2) may get overwritten by the second instance even before the 1st instance of the code is executed, hence Asynchronous Parallelism is not possible.

Is my understanding of this right?